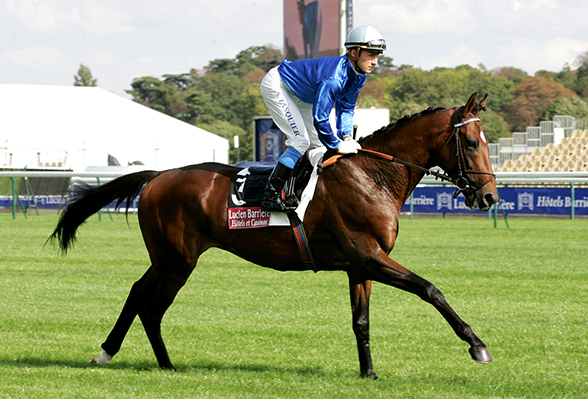 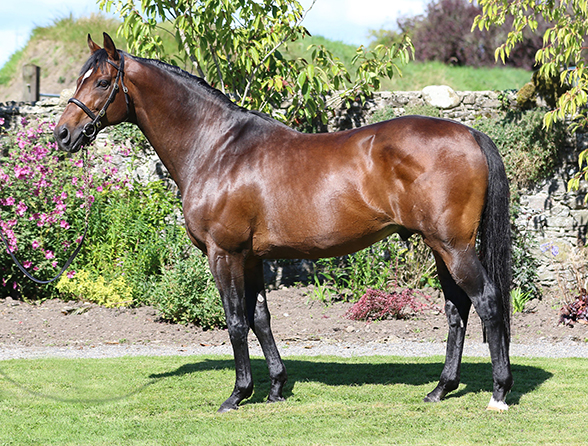 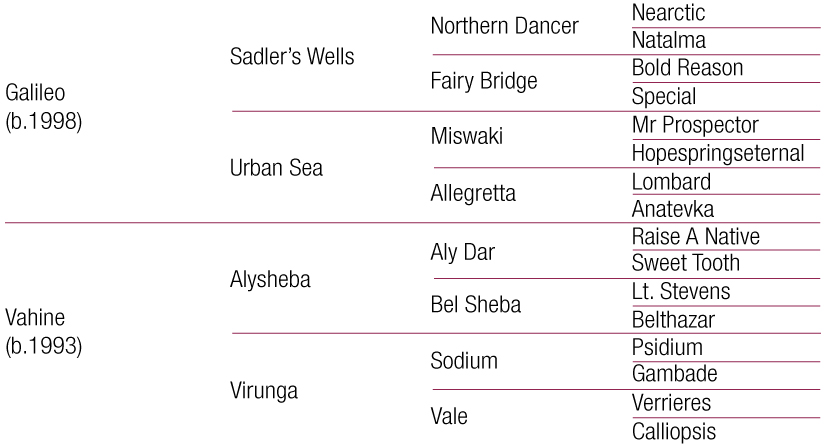 Bred by the Wildenstein family, from their high-achieving family of Vallee Enchantee, Vespone and Volga.

ARZAL
Won Gr.1 Merseyrail Manifesto Novices’ Chase in 2016, also twice Gr.2 placed
‘A really strong race to start off the Grand National meeting, with seven of the field last seen at Cheltenham about three weeks previously. The winner, a known pace-setter, was left alone to do his own thing in front and won with some authority… ARZAL made his intentions clear soon after they set off and galloped his rivals into submission, jumping boldly throughout.’ Racing Post 8.4.16

CHATEAU CONTI
Won at Cork on his hurdling debut following two Bumper wins in France.
Won well at Fairyhouse in November 2017.
Trainer: WP Mullins, Owner: Edward O’Connell
‘Walsh had not gone for him at all when he was left clear three out. He doesn’t seem to lack pace and what he can do on better ground is eagerly awaited.’
Racing Post 8.1.17

CREATION
5YO with Henry de Bromhead, winner and 2nd Gr.3 Novice Hurdle
‘I’m delighted with that… she’s a nice mare. She jumped well and stayed at it well… hopefully this is her game – she loves jumping. She might stay a bit further in time.’
Henry de Bromhead, trainer.

BARATINEUR
6YO with Nicky Henderson, 3 wins

As well as BISE DE MER and BANKWELLE, both winners in France

‘A sire gaining momentum with a number of exciting jumps progeny, has been snapped up to stand in Ireland.
… He has stood at chickenfeed fees in France but has managed to make his mark, most notably with last year’s Grade 1 Manifesto Novices’ Chase winner Arzal.’
Racing Post, 7th February 2017

I will be on the lookout for his stock once they are of age – I’ve recently bought one from France and sent it to Ireland.. I really like his offspring’
Tom Malone, bloodstock agent

‘Arzal was a horse of a lifetime. He was the horse that put the yard on the map and I’m certain he would have progressed into winning more races at the top level. His frontrunning tactics showcased his speed, but in future years he would have shown that he was blessed with stamina too. I have no doubt that he would have developed into a King George contender.’
Harry Whittington, trainer of Arzal

‘He jumps so well and we considered sending him straight over fences this season, but I’m pleased we didn’t. We’ll consider handicaps now, though he’ll probably be in the high 130s’
Ben Pauling, trainer of Cyrius Moriviere

‘I really like him and he could go all the way. He’s a fine athletic horse and he jumps for fun.’
Warren Greatrex, trainer of Cirano De Sivola